The Dallas Education Foundation, in partnership with the Judge Barefoot Sanders Law Magnet at Townview Center, held a presentation ceremony on the step of Townview Center to award the inaugural Liza Farrow-Gillespie Intrepid Young Women Scholarship, on May 3rd, 2021.

Hanan Yousuf was shocked to hear her name as the recipient of the $10,000 scholarship award, but few at the Law Magnet were surprised.

While most would agree that Yousuf, a first-generation American heading to Yale University is the embodiment of the word intrepid, being fearless didn’t always come easy to her.

“Coming from an immigrant family, there are a lot of culture clashes, a lot of expectations that everyone wants you to meet. And I had backed away from that,” Yousuf said. “It was going through that with intrepidness that I was able to find out who I was and then apply that everything else.”

With the support of her parents, who moved to Texas from Pakistan, and her friends and teachers from the Law Magnet, Yousuf not only overcame public speaking anxiety, she embraced her identity and became relentless.

“I was never one to be a public speaker, but my mock trial coach Mr. Gonzalez told me: ‘try to pretend to be fierce, and it will come to you,’” she said. “I started taking on this persona, being Wonder Woman, and I actually wear a necklace that, whenever I put it on, I become Wonder Woman. So, whenever I go into the courtroom, I put it on, and I pretend that I am fierce and intrepid. It just started taking over, and now I am more comfortable and able to speak in front of people.”

Yousuf, who is currently ranked as a top-five student of her graduating class, plans to be a lawyer, just as the namesake of the scholarship.

“I grew up learning how to speak Urdu and Punjabi and reading and writing Arabic, and I had to learn English,” Yousuf said. “When you eat a different kind of food and speak a different language, people tend to look at you in a different way. What I learned at the Law Magnet is to be proud of who I am, because we’re all unique. And if this is what makes you unique, then embrace it.”

In the most recent reports by U.S. News and World Report, Judge Barefoot Sanders Law Magnet holds the seventh place in the Best Texas High Schools and 59th in National Rankings, which includes data on nearly 24,000 public high schools in 50 states and the District of Columbia.

“Our school is dynamic, and our students are all amazing,” Law Magnet Principal Garet Feimster said. “Our teachers, our faculty, members of our community and everyone together is what makes us great. All that you saw today is a team effort. And so, we all come together and lift our students, so that they can go on and do great things. It’s amazing to be able to help our young ladies achieve their dreams and their goals.”

Yousuf helped cofound the Townview Peace Pantry, a community endeavor that collects food and clothing donations for families and students in need. She helped establish the Law Magnet Law Review, a student publication that offers reviews and critiques on pressing legal topics. And most recently, she helped start Link Crew, an organization where high school juniors and seniors mentor incoming freshmen and provide them with resources to help them acclimate to the high school experience.

“She’s very hard-working,” said Yousuf’s mother Fareeha Akram. “And when she sees any opportunity, she goes in without doubts or fear and makes sure she accomplishes what she wants. She’s not someone who lets doubts stop her, and that’s a quality, I believe, makes her succeed.” It makes Hanan Yousuf… intrepid.

“Even in difficult times, we have to take a moment and think with gratitude about the possibilities in life that our young people have,” Thompson said. “Some of us who are older have been lucky in the world. And you have this feeling where you want to pass on at least the possibility of a good career, advancement and opportunity to participate in the community for these young people.”

Scott Chase, another friend and law partner at Farrow-Gillespie Heath Witter LLP, also helped make the scholarship fund possible. When he heard that her friend’s former clients wanted to make an impactful donation to support the Dallas youth, Chase reached out to the Dallas Education Foundation to be the lead administrator of the funds and help with the application process.

“We got quite a few lawyers to donate, and we ended with a big fund that can provide scholarship money for many, many years,” Chase said. “This really is a big push for the students. I am a public school graduate from Houston, and I recognize the value of public education. And if we can foster public education and further the education of students, like the young women here, it does my heart good.”

Derek Lipscombe works as a lawyer for Toyota Motor North America and volunteered to be on the scholarship application review panel. While Yousuf’s application moved him the most, he said that due to the quality of the applications, choosing the winner among the finalists was a very tough decision.

“To see where the next generation is, to read those applications, they were all really good and they all will be successful,” Lipscombe said. “I look forward to seeing them in the news, to see how they take this country to the next step. And that just made me proud. I think, as people get older, they wonder what the youth is going to be like. But then, reading these, I was amazed.”

Who was Liza Farrow-Gillespie? I remember seeing her in high school German class and thinking she was the most beautiful thing I had ever seen. I was in love! It took eleven years to talk her into marrying me. Unfortunately, I would be labeled a “stalker” nowadays.

At the age of four, Liza was named Little Miss Temple in our hometown of Temple, Texas. She was really cute. She was valedictorian of our high school class, she was a National Merit Scholarship finalist, she was a professional singer featured on soundtracks including, “Out of Africa” and “The Money Pit,” television specials, multiple albums, and a back-up singer for recording artist such as Willy Nelson, The Carpenters, and Joe Cocker.

After her singing career she graduated with honors from The University of Texas School of Law where she was a member of the Order of the Coif and executive editor of the Texas Law Review. After graduation she clerked for the Honorable Barefoot Sanders, the Chief Judge for the Northern District of Texas, and she later became his briefing attorney. She said that the judge taught her how to be a real lawyer.

Afterward she co-founded the law firm of Farrow-Gillespie Heath Witter and oversaw the growth of the firm from two attorneys to one of the largest certified woman-owned law firms in North Texas.

Liza was a cancer survivor and one of the bravest people I have ever known. She was diagnosed with breast cancer her second year of law school and despite grueling surgery and other treatments, she fought to finish, and graduated with her class on time. As she was recovering from one particularly long and difficult surgery, she told me she dreamed about “sailing around the world.”

Well, let me tell you, if you are really crazy about someone, there is no better way to spend time together than in a big, wet, walk-in closet called a sailboat.

So we saved every other dollar for the next several years, sold our house and cars, and left, sailing from Florida in 1998. We both obtained a Coast Guard Captain’s license, and Liza even earned an unlimited Open Ocean Radar license. Of course, she was the top of her class.
We sailed all the way around the world, visiting 57 countries on six continents and we made our final land fall in Florida in 2004.

On one particularly miserable night in the Red Sea, we had wind and waves on the nose and, while I was on watch, I had turned the boat around to keep from smashing to smithereens. Liza took over for her watch at two o’clock in the morning, and I went to bed. I woke up a couple of hours later from the boat pounding into the waves. Liza had turned the boat back on to its original course, into the waves and wind. When I got to the cockpit, she was standing at the wheel, soaking wet with a big smile on her face. She said, “Always move forward, never turn back, never lose ground, Woohoo!” That was Liza in a nutshell. She was fearless. She was intrepid.

She worked harder than anyone I have ever known, yet she always had time for others. She loved to laugh, and she had a generosity of spirit that was limitless. She cared about people and actively sought to make things better. She was loving, kind, caring, brilliant, talented, hardworking, fearless, funny, and the most beautiful soul I have ever known. If you hear music and laughter, please remember that Liza is there. 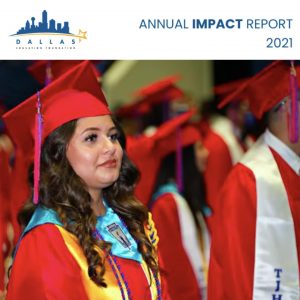 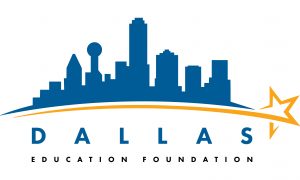